In the Tahuantinsuyo there was a moral code that regulated the human coexistence and allowed, in the cities as in the ayllus, harmonious relations between the citizens of the empire; These were based on mutual aid and cooperation. The rules also included severe sanctions, infractions and punishments, which were implemented according to the seriousness of the offense, ranging from whipping to the death penalty. In a chronicle of Garcilaso we read the following: “the Incas never promulgated laws to frighten their vassals, nor to deride them, but to execute them.”

It is known that the Incas were not a barbarian or cruel people like many empires in Europe, rather they were a well organized state, that governed their coexistence by a spirit of cooperation and collective work.

What were the main values of life of the Inca society?

The Incas lived practicing authentic human values, typical of civilized and highly organized societies. Among them, 3 were those who ruled in a primordial way the coexistence of the Incas:

The laws of the empire of the Incas, were designed to inculcate mainly the values of the honesty, the truth, and the work; Trying to create a harmonic society, laborious, disciplined, and favorable to the empire.

Other rules of the empire of the Incas

Along with the 3 main ordinances, there were others of great importance, such as:

Other principles that practiced were:

The respect of the Incas for these rules, made the empire of Tahuantinsuyo grow very fast; Covering the territories of six current nations (Colombia, Ecuador, Peru, Bolivia, Chile and Argentina). 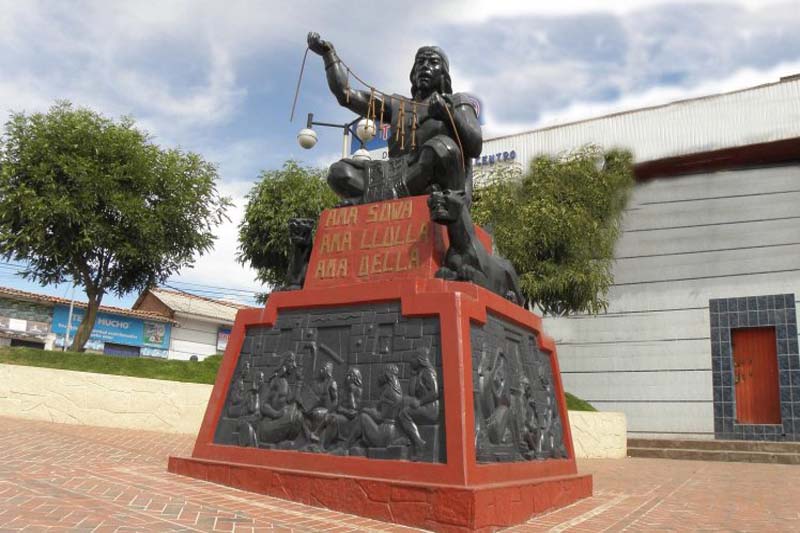 The Three Pillars of Inca Morality

Prohibitions in the empire of the Incas

The state also imposed prohibitions that had to be fulfilled by the people, among them were: homicide, abortion, adultery, rape of maidens, abduction, effeminacy, insult, drunkenness, anger, envy, etc.

People breaking the rules were severely sanctioned, sanctions ranging from whipping, to the death penalty.

Sanctions in the Inca Empire

Few things were as important to the Incas as the fulfillment of the law, so that severe punishments were implemented for those who broke the rules.

The empire had bodies similar to the current courts, which were responsible for dealing with sanctions for minor offenses; Were the governors of the regions, those who acted like superior judges, to sanction serious crimes.

The judges had a period of 5 days to resolve the conflicts, there was no option of appeal, but it is known that a fairly fair administration was exercised. The sanctions were applied according to the severity of the broken rule and according to the social level of the accused.

Offenses against authority, infrastructure or non-compliance with taxes.

To speak badly of the Inca or its authorities, as well as to destroy property of the state, were crimes sanctioned with lashes, and even with the death in case that the sanctioned is recidivist. In the same way, people who failed to comply with their obligations to the state were punished, since the people of the town had to pay a tribute, depending on the economic activity they performed.

The people who killed were punished by death, whether they did it for stealing, for treason, or for spells; In the latter case, the penalty extended to the family of the accused. To erase the possibility that someone else could practice witchcraft.

He who raped a chosen virgin was condemned to death, and if the virgin was an accomplice he had the same punishment.

Adultery was punished among the people of the town with whipping, but if a man of the village raped a woman of greater social status, the penalty was death.

Those who committed misdemeanors for the first and second time were stoned in the back. People who repeated crimes of rape, corruption of minors, alteration of land boundaries, or lying and perjuring were also sentenced to death. In the same way it happened with the mitimaes (workers of the conquered towns), that escaped in three opportunities of their confinement.

Also sanctioned was the man who was dishonest with single women, was severely punished, and in case of being a repeat offender, he was sentenced to death.

Although there were detention centers, there was no prison as a sanction. They were only used before the sentence.