The Sacsayhuamán Archaeological Park houses 33 archaeological sites, among which are: Sacsayhuaman Fortress, every June 24th, the Inti Raymi or Feast of the Sun is celebrated in the esplanade of Sacsayhuamán. In the archaeological complex of Qenko (labyrinth), ceremonies were performed in honor of the Sun, Moon and Stars; Dating from the year 1,500 AD The Puca Pucara precinct presents numerous precincts, interior plazas, watchtowers, aqueducts and roads; And would have served as a place of rest and lodging of the Inca. On the other hand, Tambomachay would have had religious functions linked to water.

Where is the Sacsayhuaman Archaeological Park?

The Archaeological Park of Sacsayhuaman is located 3 km from the city of Cusco, in the upper part of a mountain, has a total area of approximately 3,000 ha. It has a great variety of Andean flora and fauna; Flames, hawks and kestrels can be seen very frequently in this place.

What places includes the Archaeological Park of Sacsayhuamán? 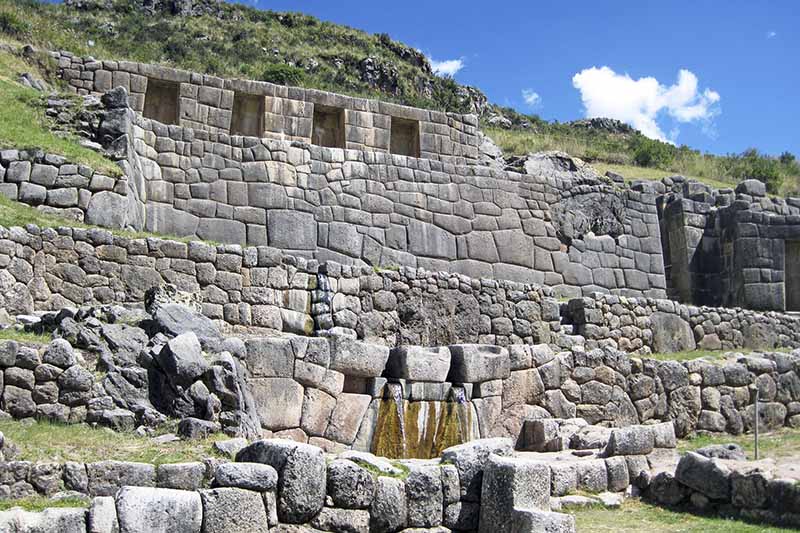 Important: the entrance to the Archaeological Park of Sacsayhuamán is possible only with the Tourist Ticket of Cusco.

“The most beautiful places in Cusco“

“You have to walk 25 minutes from the center of Cusco to the archaeological park, I recommend going in the morning, in the afternoon there are too many people. Among all the places we saw, I can say that Sacsayhuaman looks like an extraterrestrial construction, it is simply breathtaking; Excellent prior to Machu Picchu.“