If you have children or grandchildren, surely you want that in the future they could enjoy Machu Picchu.

Machu Picchu is one of those places that figure at the top of the lists of top destinations worldwide. Not only are the archaeological remains which attract the attention of visitors from all corners of the planet, but also the incomparable cultural experience, beautiful scenery, and a huge sense of adventure. But millions of people each year visit the Machu Picchu and its surroundings, so it is putting at risk both environmentally and culturally.

Here are some tips that visitors can take into account to preserve Machu Picchu, its ecosystem, its customs and archaeological enclosures around the city Inca. 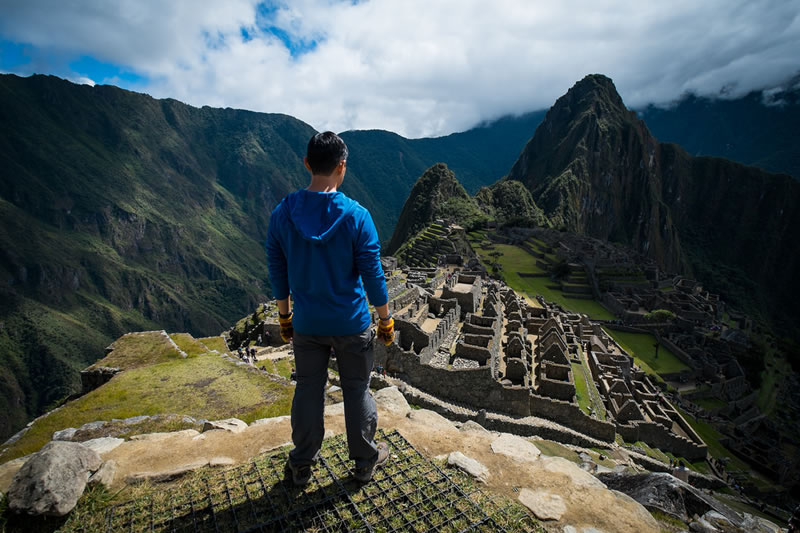 Keep the legacy of Machu Picchu

NOT stay on the road

The winding path through Machu Picchu not only protects the archaeological sites, but also to visitors. And with more than 500 years old, some sections are worn and cracked. Such damage could not only further damage the walls and floors, but also lead to a visitor to get hurt. Note that the Inca city is settled in the side of a mountain and is a long way to the bottom.

DO NOT touch the Inca walls

We know it can be tempting to touch the rocks carved by the hands of the Incas, but it is a bad idea. The residues of lotions, sunscreen and insect repellent in our hands, contain chemicals that can damage the surface of the rock. In addition, thousands of people visit Machu Picchu everyday; imagine the wear that would occur if each of them could drag their fingers over the surface of the city.

STAY away from the flames

Despite being very cute animals, note that the flames tend to spit when they feel uncomfortable, it is known that even are able to bite if they feel threatened. Machu Picchu Sanctuary is home to herds of llamas, animals that the Incas worshiped openly. Be sure to respect them in their own environment. In addition, they are not always the cleanest and carry diseases, fleas and mites animals.

Do not throw anything at all in the land of Machu Picchu.

But not only we talk about waste contamination, such as bags and bottles, but also noise pollution. Which not only disturbs the fauna, but also the experience of other travelers. Note that many of them have traveled from the other side of the world to experience Machu Picchu, and for some the visit to Machu Picchu is even something spiritual.

SAVE your entrance ticket

Watch the sun appears on the horizon, followed by fog and clouds that dissipate with the advancing of the sun, and finally be witness of the sunset through majestic mountains, make this a wonderful experience throughout the day. Eat or relieve themselves inside the ruins is strictly prohibited. But if the need arises, there are a couple of options restaurants and clean bathrooms outside the sanctuary. Go there to alleviate hunger or yourself. Keep the ticket, it guarantees the re-entry.

All rubbish (including plastic beverage bottles) must be sent from Machu Picchu to Cusco by train. Help reduce waste by using reusable bottles.

Note that the millions of visitors to Machu Picchu each year, generate tons of garbage.

Do not buy products made from protected animals

Machu Picchu is home to dozens of species of plants and animals threatened or protected, including bears, jaguars, monkeys and birds. Never buy a product made from a plant or animal species in danger of extinction.

Be sure to ask permission before taking a photo of the locals dressed in traditional costumes. In addition, most local people continue to Catholicism, the Pachamama (Mother Earth), or both. If you are lucky enough to visit the city at the time celebrating its patron saint or other religious holidays, be sure to be respectful of their religion, during processions in the streets and moments of silence.

It has been a case of tourists who decided to strip naked and expose oneself while visiting Machu Picchu as part of fashion “nude tourism”. While in some parts of the world, the naked can make a good story and interesting pictures, doing so in Peru it can lead you serious problems. Now that the government is taking drastic measures with tourists who make naked.