Most people come to Cusco to see the most famous tourist attractions such as the Sacred Valley of the Incas, the mountain of the 7 colors or Machu Picchu. The attractions that are not famous, on the other hand, are little visited. One of these is the so-called ‘Temple of the Moon’ or simply the ‘Temple of Fertility’. It is only a 30-minute walk from the city of Cusco. You will surely be alone with this place, which increases the mysticism and appeal of this Inca construction. 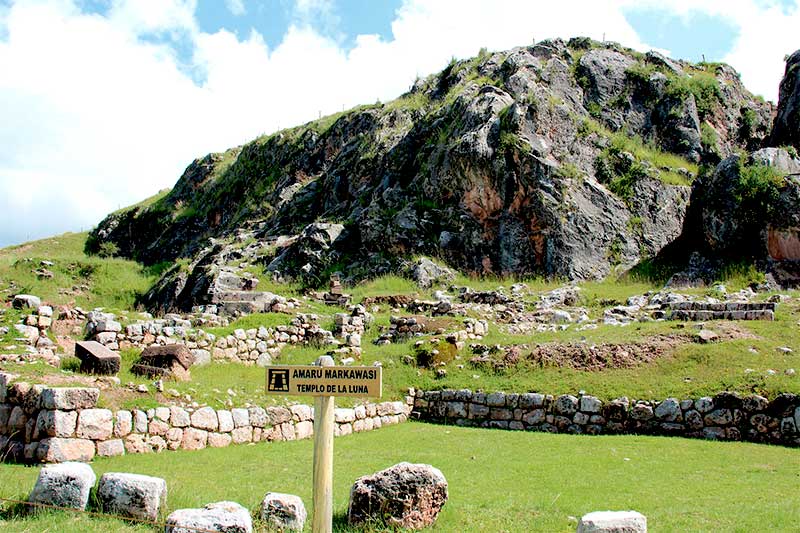 Temple of fertility also called the temple of the Moon

The Temple of the Moon is a mysterious Inca construction on the outskirts of the city of Cusco . They used the stone from a cave to carve whimsical shapes, among which a moon-shaped figure stands out.

Other figures carved in the place are the snake, the puma and the Andean condor (the Inca trilogy) . These three were considered sacred by the Incas as they represented respectively the world of the dead, the earthly world and the world of the gods.

Inside the cavern, the presence of a finely carved ceremonial table stands out. There they probably carried out embalming of the dead or religious rituals. The latter is reinforced by the upper cavities through which sunlight filters through.

Although at first this place was called the ‘Temple of the Moon’. Through the years the popular belief grew that religious ceremonies for fertility were performed there. For this reason, this attraction is currently also known as the ‘Temple of Fertility’.

The temple of fertility is only 2.5 kilometers on foot from the main square of Cusco, in the Qenqo Chico sector (and only 2 kilometers from Sacsayhuaman). You just have to follow Atoj Saykuchij street in the San Blas neighborhood.

This mysterious temple is approximately 3,635 meters above sea level. It is also possible to arrive by taxi (journey of 20 minutes on average). The cost of a taxi there is 10 soles more or less (3 dollars).

Map of the site


Map to get to the Temple of Fertility

Why is it called the temple of fertility?

The cavern in which the ‘Temple of the Moon’ is located has certain striking characteristics that earned it the name of ‘Temple of Fertility’.

First of all, the interior of the cave has a formation similar to that of a uterus . Likewise, the upper holes (through which the sun’s rays can be filtered during the day) would represent the vagina through which the sperm enters during conception.

Is the comparison very exaggerated? The truth is that many tourists decide to go to this temple to perform ceremonies of ‘Payment to the land’, ‘coca leaf readings’ and, in some cases’ ceremonies to achieve the desired fertility.

What am I going to see?

In the Temple of Fertility the tourist will find a place full of stones whose shapes show religious importance. Figures in zoomorphic forms such as the snake, the puma and the condor, as well as others, stand out.

Hidden in this bank of stones is a mysterious cavern. The Incas believed that caves communicated the world of the living with the world of the dead . This cavern stands out for a kind of ceremonial table in the central part. At the top there are small holes through which the sun’s rays filter. This star was the main deity of the Incas.

Finally, from the Temple of Fertility you have an impressive view of the entire city of Cusco.

Most people decide to go to the Temple of Fertility on their own. This only takes energy to complete the uphill walk there. Other visitors prefer to arrive by taxi. Whichever way it comes, this mysterious place remains open to the public as admission is free.

On the other hand, there are specialized tours to the Temple of Fertility . These ‘half day’ services include transportation to the area as well as the participation of a tour guide specialized in Inca religious ceremonies. In other words, a religious ritual will be held during the visit.

These tours can be obtained at a few tourist agencies located in the Historic Center of the city. The cost varies from $ 10 to $ 30 per person.

The temple of fertility in photos 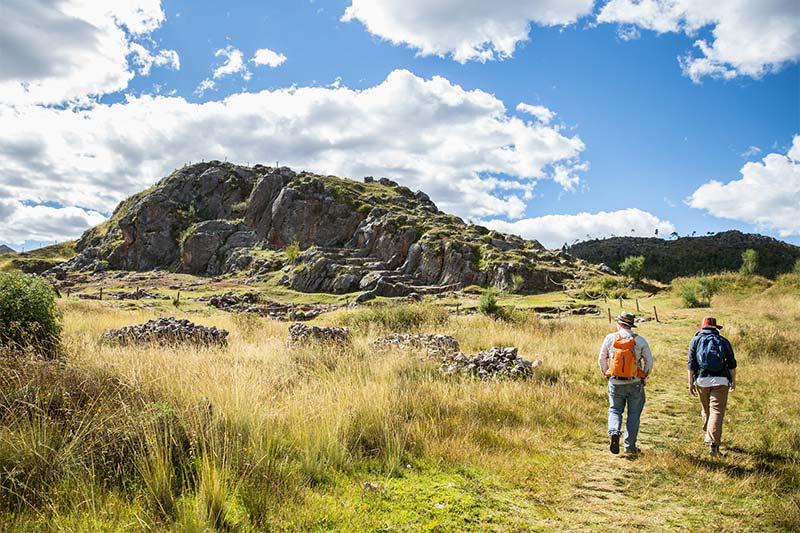 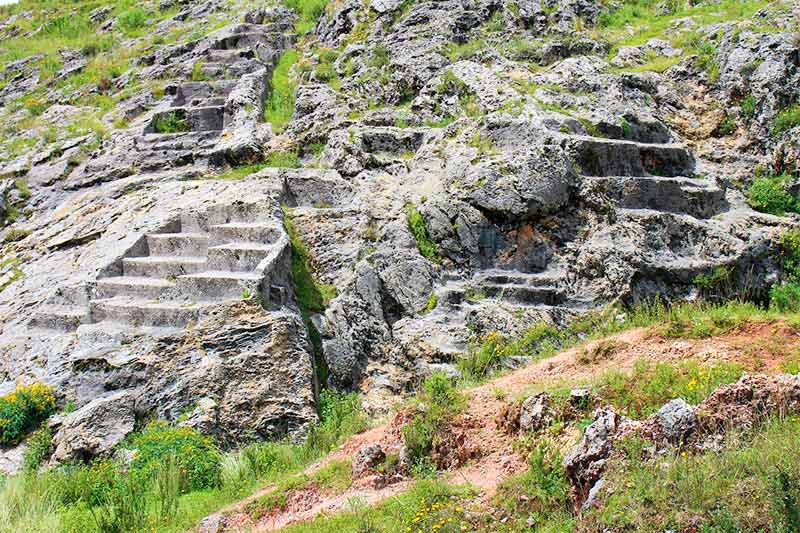 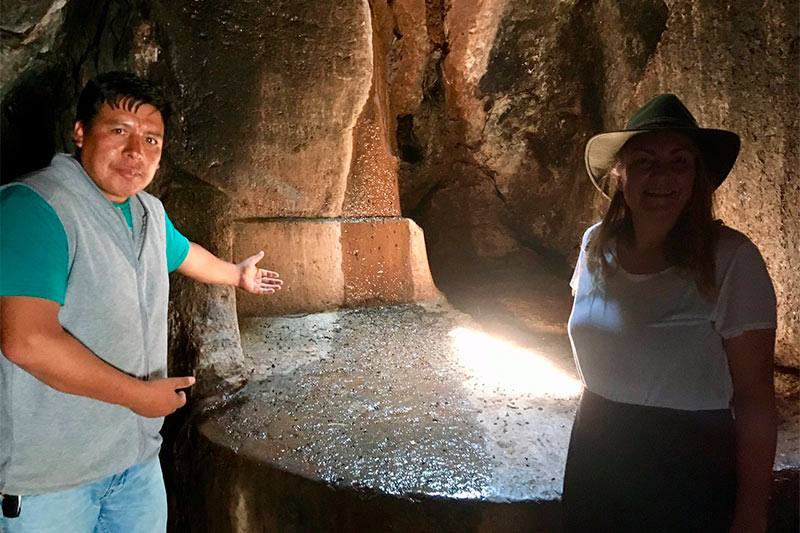 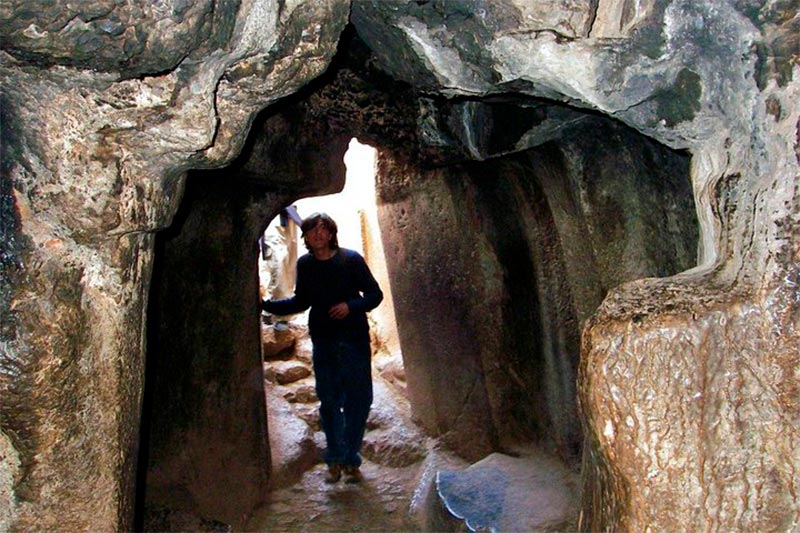 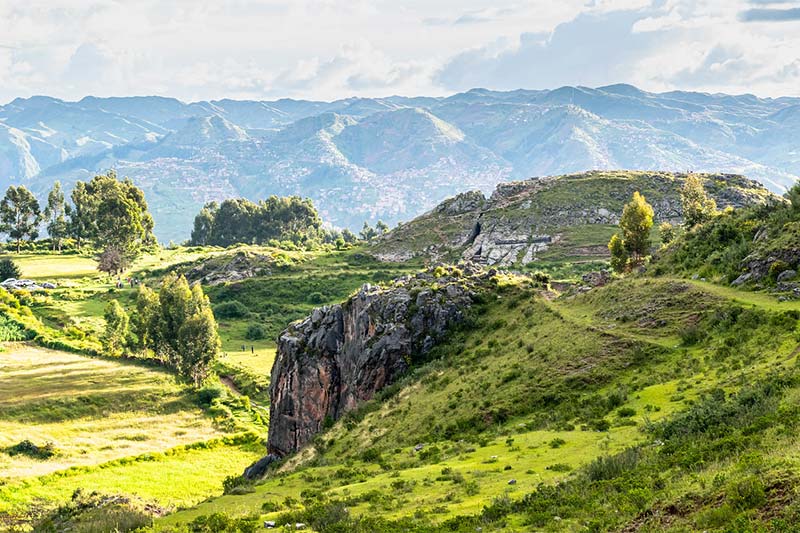 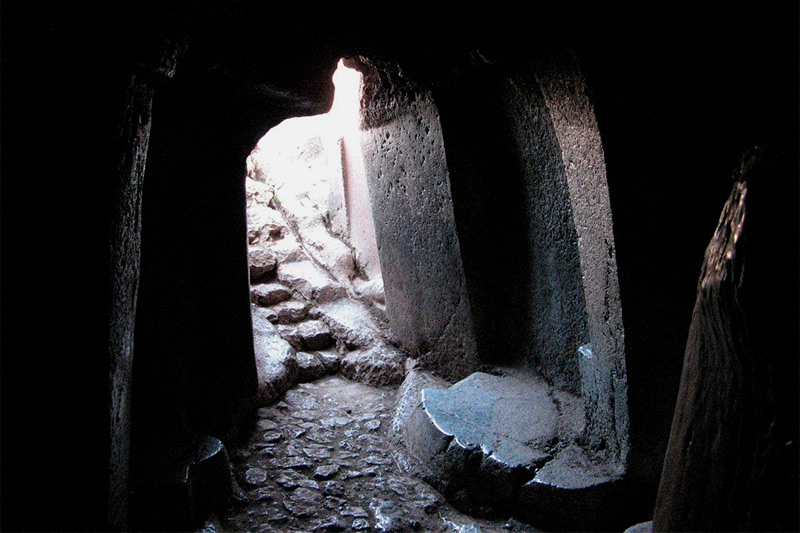 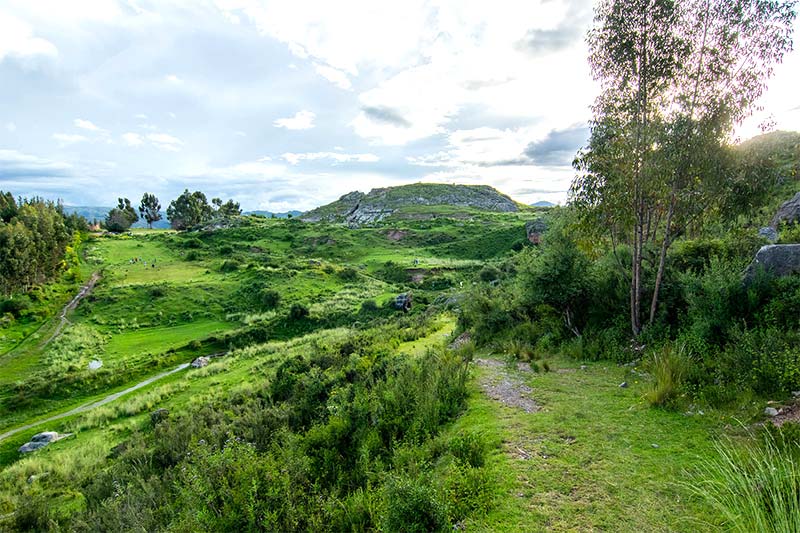 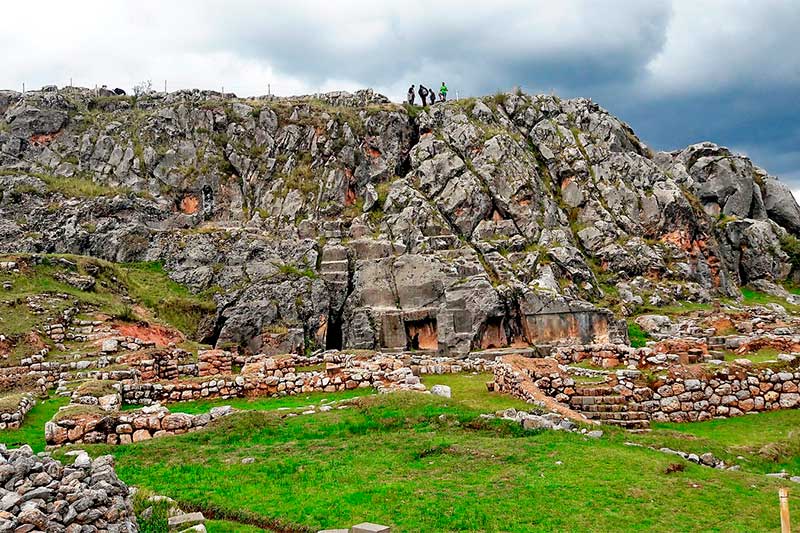 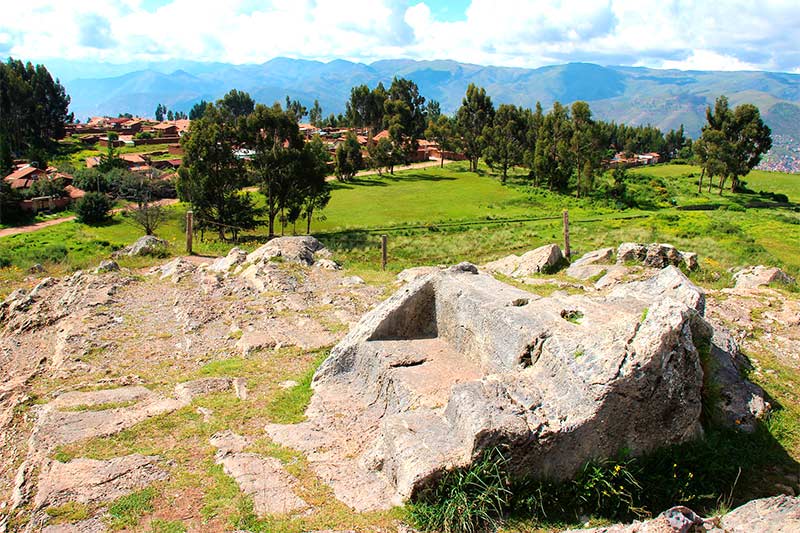 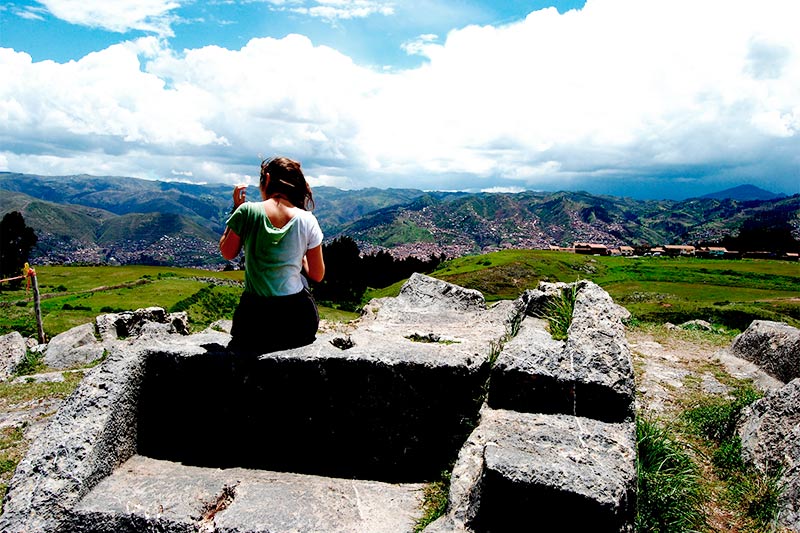 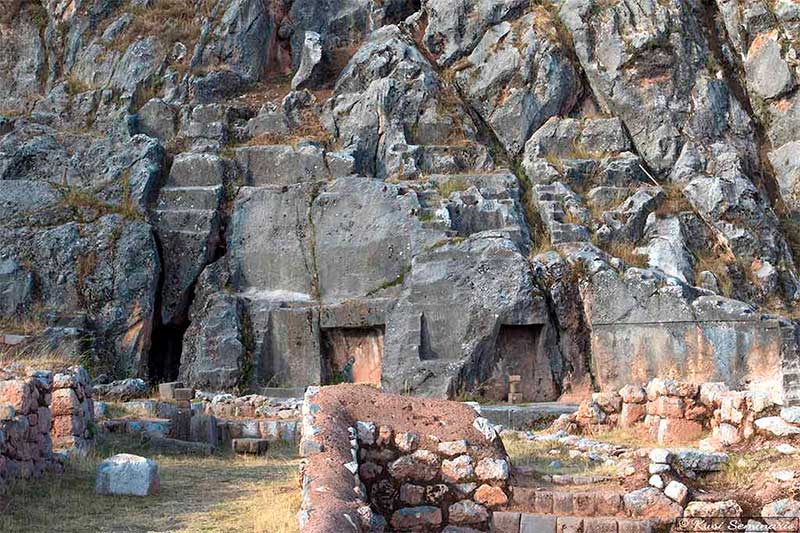 Not far from the Temple of Fertility there is another Inca religious center called ‘The Monkey Temple . What is the reason for this name? Well, this stone monument has the shape of the body of a monkey. The head is presumed to have been removed because it was decorated with gold leaf.

Because it is a free and open-air tourist attraction, the ‘Temple of Fertility’ can be visited every day of the year and at any time. Of course, it is best to go during daylight hours.

The Qhapac ñan was the network of Inca roads that traveled more than 30 thousand kilometers through the most important Inca cities. A few meters from the ‘Temple of Fertility’ there is a section that linked the city of Cusco with the citadel of Pisac.

In Machu Picchu there is another similar construction. It is about the mysterious Temple of the Moon of Huayna Picchu. To visit this place you must take a 3 or 4 hour walk inside the wonder of the world. Both temples are built inside a cavern.