Machu Picchu is considered a Historical and Natural Heritage by UNESCO. In addition to its incredible structures, during your visit you will be able to see beautiful species of animals, plants and insects. Among its numerous species, its more than three hundred species of orchids stand out. It also stands out for its bird and mammal species such as the spectacled bear and the cock-of-the-rock. Spectacled bears are famous for their rare visits to the Inca archaeological site. Can I see bears in Machu Picchu? Yes.

Spectacled bear in danger of extinction

The spectacled bears in Machu Picchu 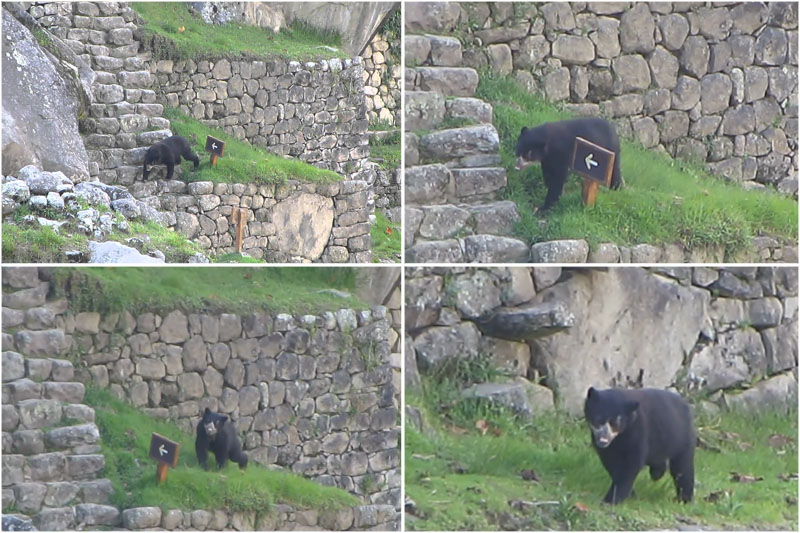 Sighting of a spectacled bear in Machu Picchu

Where to see spectacled bears?

Pepe and Kina are in captivity, living alone, being groomed and on their way to procreate. Coquito and Yosi (Kina’s sister) are in a situation of semi-freedom. They prepare so that, in a not too distant moment, they can re-enter the Cusco jungle to live on their own. Meanwhile, these species are protected by the Peruvian authorities. 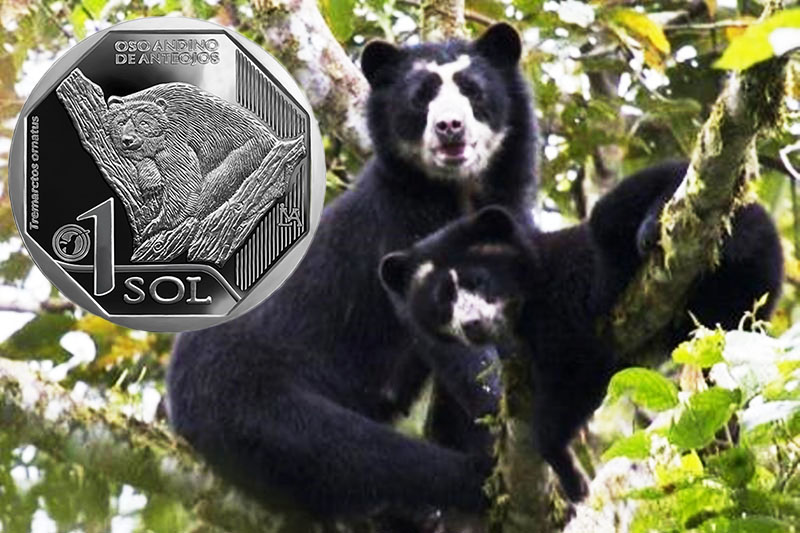 Peruvian one sol coin alluding to the Andean spectacled bear

What to do when you see a bear in Machu Picchu? 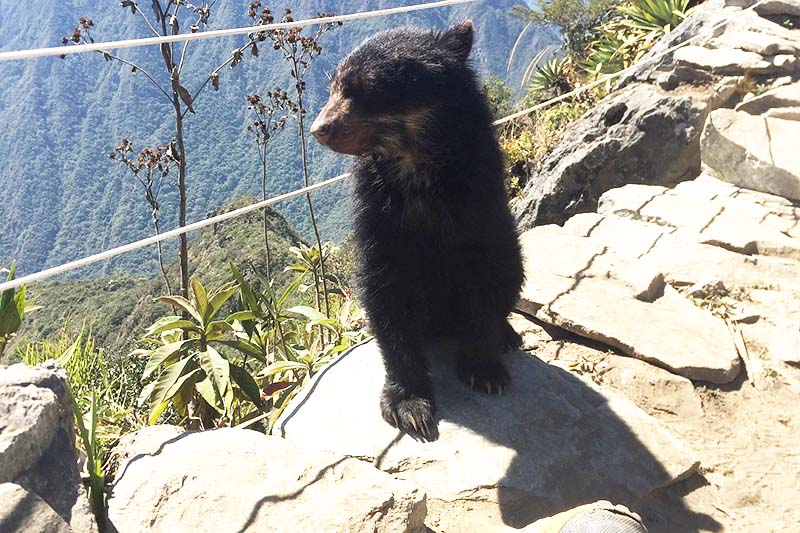