Choquequirao is recognized as the sister of Machu Picchu. Both places have many similarities. However Choquequirao is one of the most remote Inca settlements in the Andes of Peru. And still not many tourists visit it. 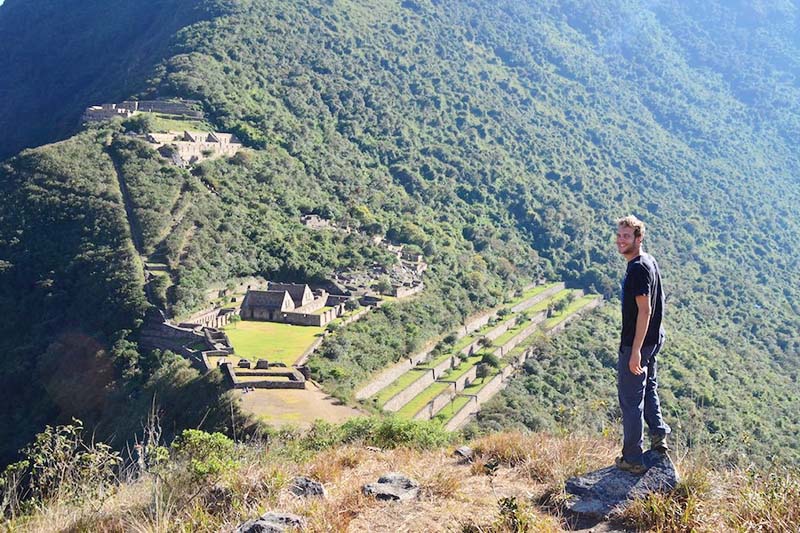 What is the Inca city of Choquequirao?

Choquequirao was an ancient Inca urban center. The American explorer Hiram Bingham knew the site in 1909 (before arriving at Machu Picchu). However, the excavations are slow and continue to date.

Inevitably Choquequirao was called the ‘Sister of Machu Picchu. But, while the Wonder of the World receives around 5 thousand visitors a day, ‘Choque’ is almost completely deserted.

What was the importance of Choquequirao?

As Machu Picchu, his famous sister, Choquequirao seems to have been a kind of royal city for the Inca nobility. It was built one or two generations before the arrival of the Spaniards.

It has several buildings such as the ‘Kallanka’: two ceremonial rooms with stairs and irrigation channels inside. It is one of the most important constructions.

Is Choquequirao the last Inca refuge?

It is possible that Choquequirao was the last refuge of the Incas when the Spanish invasion occurred. Due to its location, in an isolated place, it is thought that the Incas retreated during the Spanish ascent.

Where is Choquequirao in Peru?

Choquequirao (Cradle of Gold in Quechua) is an Inca archaeological site located in the most remote of the Andes of Cusco, Peru.

The ‘Sister of Machu Picchu’ is in the Vilcanota mountain range, in the Salkantay massif. Due to its difficult location, currently, it is only possible to arrive with a hiking route.

Choquequirao is a trip to a place with few people that does not end up being unearthed.

How high is Choquequirao?

When to visit Choquequirao?

The dry season (between April and October) is the best time to go to Choquequirao. Sweat, campsites and an incredible 4 day hike (2 outbound and 2 back) separate this ancient Inca city from any nearby road or hot shower. During those days, the route is easier due to the infrequent rainfall.

How to visit Choquequirao?

To get to Choquequirao you must hire a tour service. This can be obtained through a tourism agency in the Tourist Center of Cusco or via internet.

How is the walk to Choquequirao?

Choquequirao is less photogenic than Machu Picchu but not less important. It offers a level of loneliness unimaginable in ‘other wonders’.

Way back to Cusco 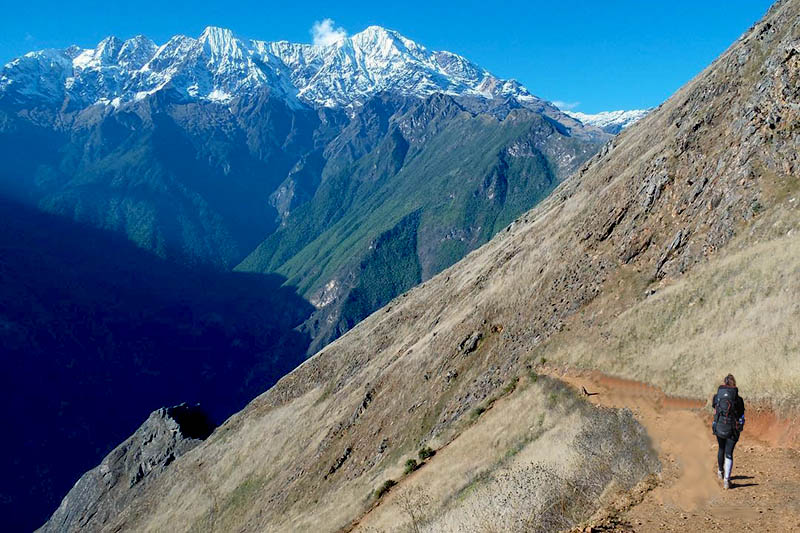 How is the walk from Choquequirao to Machu Picchu?

Choquequirao without a guide

Unlike the Inca Trail to Machu Picchu, the walk to Choquequirao does not need permits or tickets. This adventure can be done on your own.

Choquequirao has a temperate climate. The average temperature is 14ºC. During the dry season (from April to October) the heat reaches 25ºC. At night, the cold reaches 4ºC. In the rainy season (from November to March) fluvial precipitations happen more frequently.

Map from Choquequirao to Machu Picchu

Recommendations for the trek to Choquequirao

In Choquequirao, the construction of a cable car 5 kilometers high and 1.5 meters high is being prepared. The cable car can transport 3 thousand people each day.