In the district of Huayopata, very close to Santa María in the province of La Convención. Just 40 minutes from Quillabamba, we can visit an archaeological site, which during the time of the Incas represented the starting point for the jungle. Huamanmarca has incredible views and typical structures of the Inca empire. 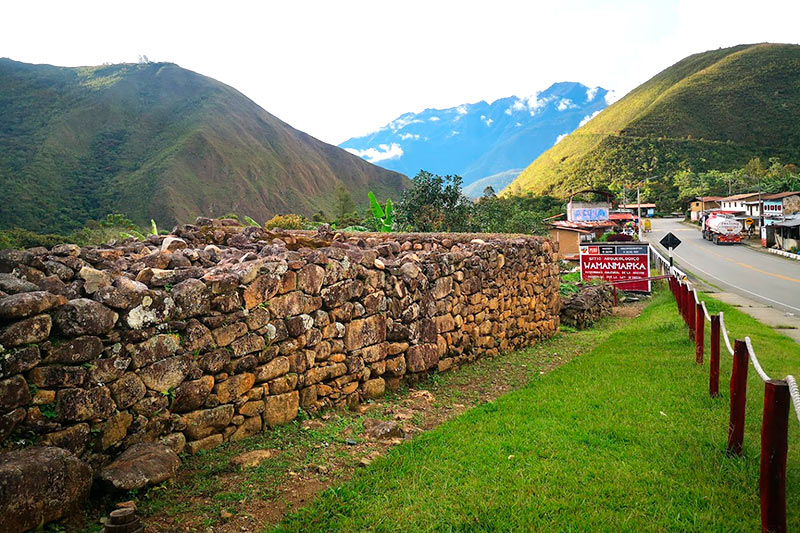 Huamanmarca is an Inca archaeological center. The name of this enclosure comes from two Quechua words “huaman” and “marca” which would mean in Spanish “Lands of the falcon”. The remains of these Inca constructions reflect that it was an important ceremonial center and probably represented the beginning or the starting point towards the jungle.

What is its location?

It is located in the district of Huayopata, a few kilometers from the district of Santa María, in the province of La Convención. From Cusco it can be reached through the route to Quillabamba, that is, go up to the Malaga pass and descend to the Cusco jungle. Huayopata is one of the first districts that can be seen after descending from the Andes.

It is exactly 172 km from Cusco, almost four hours of travel. After visiting these constructions, you can visit the district of Santa Teresa, visit the baths Cocalmayo hot springs and do the Coffee Route.

Huayopata is considered the capital of organic tea. Thank you Tea Huyro production.

How do you get to Huamanmarca?

To get to Huamanmarca from Cusco is quite simple. You only have to take a bus on Av. Antonio Lorena in the direction of Santa María. The trip is on a paved road so it is comfortable. Huamanmarca is a few kilometers before Santa María.

What will you find?

Once in Huayopata, getting to Huamanmarca is easy. It is very close to the main road. The access road is through a cobbled path that leads directly to the central square. Most of the structures that can be found have a rectangular floor plan, there are other underground and circular structures.

The main characteristic of the walls is that they are made of stones placed like bricks and set with mud. Like the Inca constructions in Cusco itself. Some stones are carved, others are carved with fine finishes. The roofs were of double water that must have been covered with ichu.

The constructions in the vicinity of the main square are double-walled structures with quadrangular and trapezoidal niches. There are also some bleachers, platforms and some retaining walls. Also, you can find the remains of a colonial church. However, the place that draws all eyes is the circular ushno. 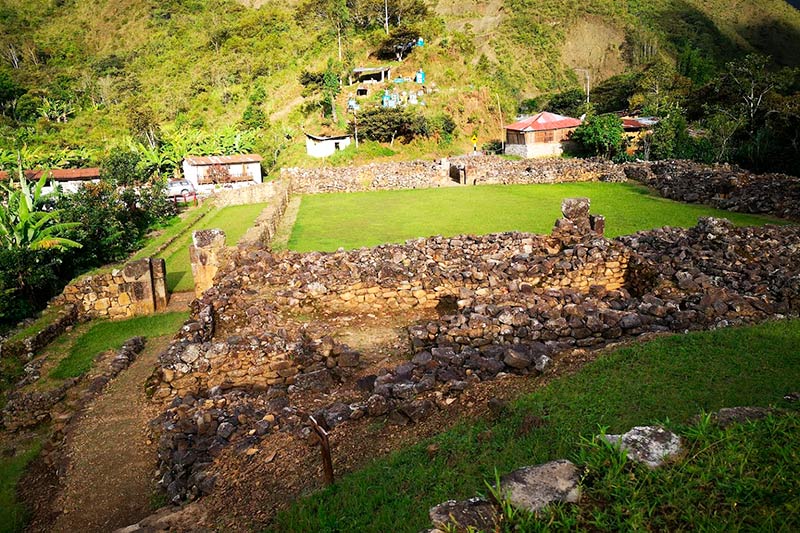 Unfortunately, due to looting and some fires, a large part of the archaeological site was damaged.

Between the walls of Huamanmarca, there is a carved stone that represents a snake or lizard. Indicating that from that point the entrance to the Tawantinsuyo jungle began.

The archaeological complex of Huamanmarca does not have an access ticket. Admission is free.

Visiting hours are from 8:00 a.m. to 5:00 p.m. It is recommended to make the visit during the morning and then visit other nearby points such as the Cocalmayo hot springs or visit Quillabamba.