For some people there is only one thing better than visiting an ancient church, and that is visiting a lot of ancient churches. Why buy the religious ticket? The ticket of the Religious Circuit will give you the opportunity to visit not one but 3 churches, including the Cusco Cathedral and the Museum of Religious Art.

Why buy the Religious Circuit Ticket?

Well, first of all there is a practical reason, you can visit four attractions in less than a day. Secondly, you can save a lot on income expenses by purchasing the full ticket; The expense is higher visiting and paying the entrance of each site separately. Third, these attractions can only be seen acquiring the ticket of the religious circuit, and is one of the best ways to enjoy the Historic Center of Cusco. Last but not least, this tour will give you a clear idea of the history of Catholicism in Peru, its coexistence and mixture with the Andean religion, and some wonderful examples of religious art from the Cusco school. 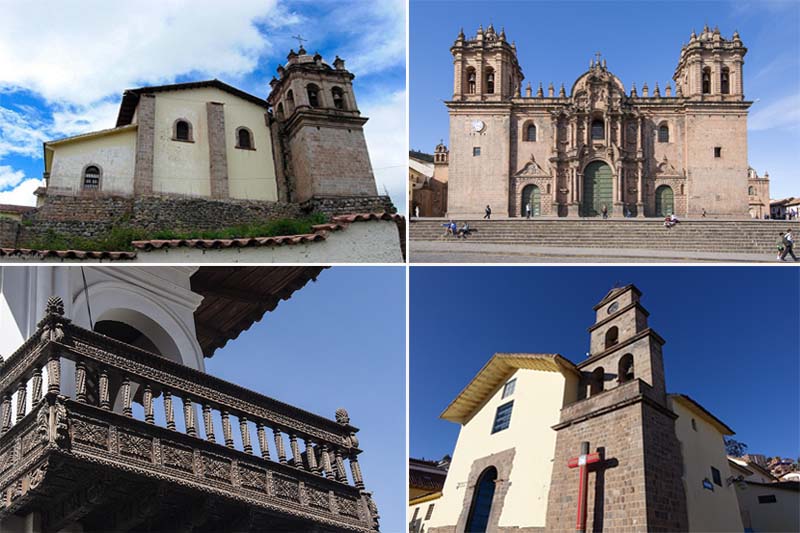 Where to buy the Religious Circuit Ticket?

You can hire a guide at any of these places; If you do, be sure to set a price in advance so you avoid misunderstandings. Why hire a guide? For there is a very good reason, the churches of Cusco were built by Inca workers; They added small details of their own culture in the religious constructions of Spanish culture. This same feature can be found in paintings, sculptures and so on.

Remember that none of these churches is allowed to take photos, so if the people in charge see you trying to take a photo, even if only with your cell phone; Do not be surprised, as they will surely ask you to save it.

Places included in the circuit of the Religious Circuit

The Cathedral of Cusco

“The cathedral of Cuzco is not only enormous it is also a work of art. Imposing, but more when you see it from afar decorates the central square in Cusco“