Do you already know Machu Picchu? The Inca City is the first tourist destination in Peru. This is mainly due to the history that its buildings hide and the beauty of its landscape. But, the Inca site is not the only popular archaeological complex in Peru. What other archaeological sites are similar to the Wonder of the World?

Meet 4 archaeological sites in Peru that have a resemblance to Machu Picchu. 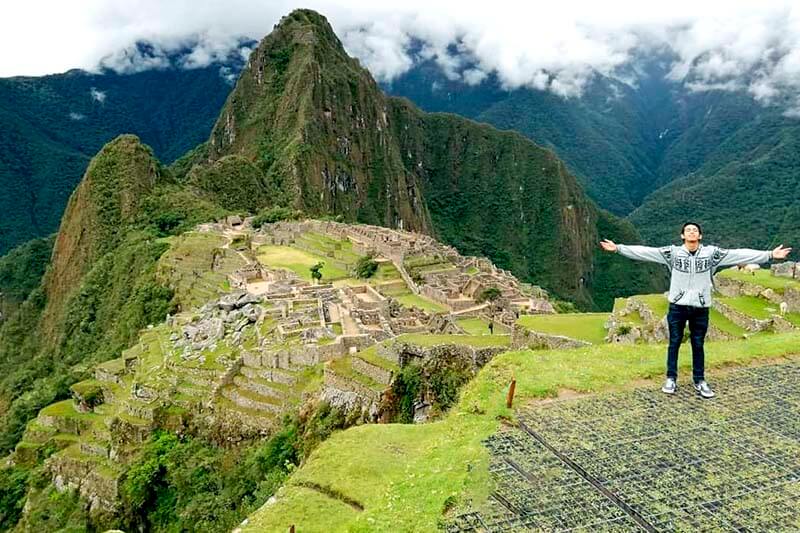 Machu Picchu, the Lost City of the Incas

In 1911, the American explorer Hiram Bingham made known to the world the value of Machu Picchu, “the Lost City of the Incas” (as he called it). More than one hundred years later, this archaeological site became the most visited tourist attraction in Peru.

Today, every year more than 1 million visitors come to Machu Picchu attracted by its Inca structures. The main ones are: the Temple of the Sun, the Temple of the Condor, the Intihuatana, the Intipunku, the Main Temple and many more.

In addition, the Inca City was built in the middle of a unique landscape of the Peruvian high forest. In 1983, it was declared by Unesco as a World Heritage Site. In 2007, it was chosen as one of the new 7 Wonders of the Modern World.

Where is? – Machu Picchu is located approximately 104 kilometers from the city of Cusco in southern Peru.

How to visit it? – The ticket must be purchased online or in Cusco. To get there you must purchase a train and bus ticket. The transport departs from Cusco.

Pisac, the viewpoint to the Sacred Valley of the Incas

Like Machu Picchu, one of the most important Inca citadels in Cusco is Pisac. In addition, like the Inca City, it is located on the top of a mountain from where you can appreciate all the beauty of the Sacred Valley of the Incas.

Pisac has platforms, towers, neighborhoods, palaces and many other buildings such as its famous Temple of the Sun or its Intihutana. Due to its impressive structures, Pisac is also known as the ‘City of Towers’.

Currently, Pisac is one of the most important tourist attractions of Cusco along with Ollantaytambo and Machu Picchu. As well as the latter, its Inca structures have a good state of conservation despite the years.

Where is? – Pisac is only 30 kilometers from the city of Cusco (1 hour by car), in the Sacred Valley of the Incas.

How to visit it? – The best way to visit Pisac is by buying the Tourist Ticket from Cusco. Another way is to hire a tour to the Sacred Valley of the Incas by internet or in Cusco. 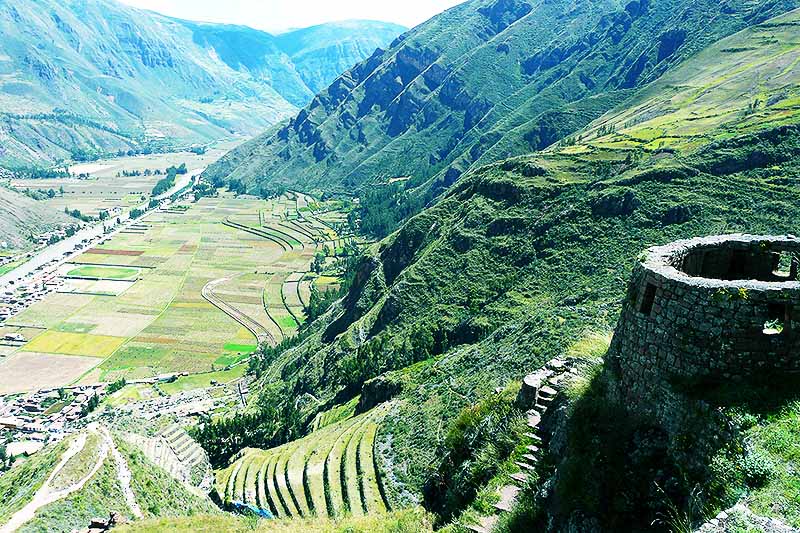 Ollantaytambo was an Inca enclosure built for the sovereign Pachacutec and his family. Due to the immensity of its walls it was also called ‘Fortaleza’. Despite the years, many of its structures survive to this day. For this reason it is called the ‘Living Inca City’.

Like Machu Picchu, Ollantaytambo has platforms, deposits, enclosures and temples. They emphasize its famous Temple of the Sun, the Real House of the Sun and the Bath of the Ñusta. Like all important Inca cities, it was built on top of a mountain.

At the foot of the archaeological site is the town of Ollantaytambo, which is the only one in Peru that preserves its original Inca urban design. Today, it is a tourist attraction as splendid as Machu Picchu itself.

How to visit it? – It is reached by train or bus being the cheapest and easiest way. To visit the archaeological site you must purchase the Tourist Ticket of Cusco or buy a tour to the Sacred Valley. 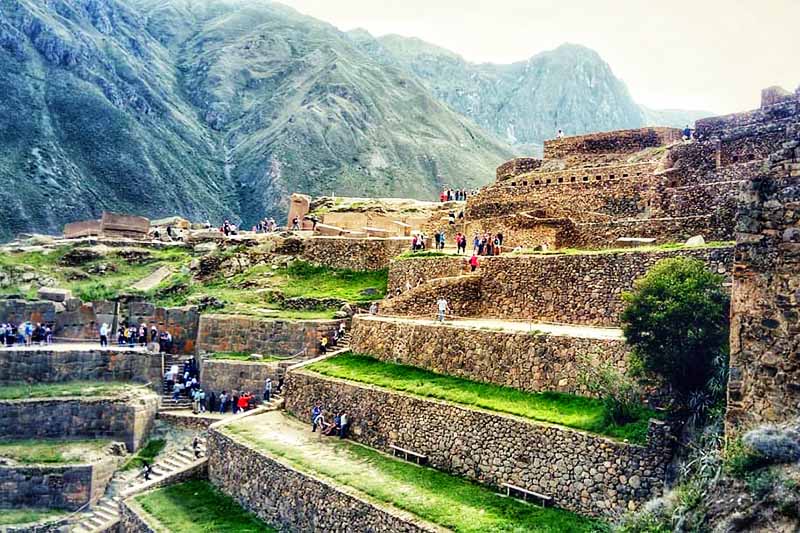 Choquequirao is perhaps the archaeological complex that bears more resemblance to Machu Picchu. Although many researchers and residents already knew of its existence (including Hiram Bingham himself) was only in 1979 when the first excavations were made.

Although only 30% of the archaeological complex has been unearthed until now, Choquequirao already shows impressive Inca constructions such as: platforms, colcas, houses, kallankas (buildings), a main square and even an Inca cemetery.

Like Machu Picchu, Choquequirao was built on a mountain with difficult access. Around it you can see a beautiful landscape of tropical jungle. For that reason it was called ‘ The Sacred Sister of Machu Picchu ‘ although it is also known as ” The last Inca refuge “.

Where is? – Choquequirao is approximately 180 kilometers from the city of Cusco. Due to its geography of difficult access, it is only possible to visit it with a walk of 10 to 12 hours from the town of Cachora (in the Apurímac region).

How to visit it? – From Cusco, you can get to Choquequirao on your own following the route (car and hike). However, the safest way to get there is by hiring a tour to Choquequirao for 3 or 4 days. 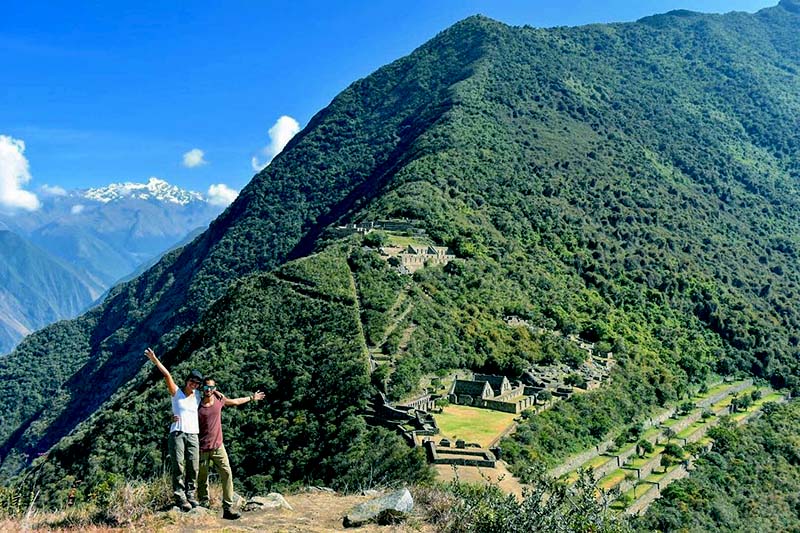 Kuelap is the only archaeological site similar to Machu Picchu that is not Inca nor is it located in Cusco. This urban complex was built in the north of Peru (department of Amazonas) by the Chachapoyas pre-Inca culture in the 6th century.

Despite the distance difference (950 kilometers from Machu Picchu) and time (built 900 years before); Kuelap has many similarities with the Inca City: both are surrounded by tropical jungle and were made in a high mountain difficult to access.

The fortified citadel of Kuelap has houses, temples, terraces and walls up to 20 meters high. The Chachapoyas (meaning ‘warriors of the clouds’) built this place at 3,000 meters above sea level, in a place surrounded by haze and difficult access.

Where is? – Kuelap is north of Peru in the department of Amazonas. From the city of Chachapoyas you can arrive by bus (74 kilometers) and from there by cable car to the archaeological site (9 kilometers).

How to visit it? – You can hire a tour to Kuelap from the main cities of northern Peru: Tarapoto, Chiclayo, Lima, Cajamarca or Chachapoyas. You can also go on your own by paying the ticket and the cable car ticket. 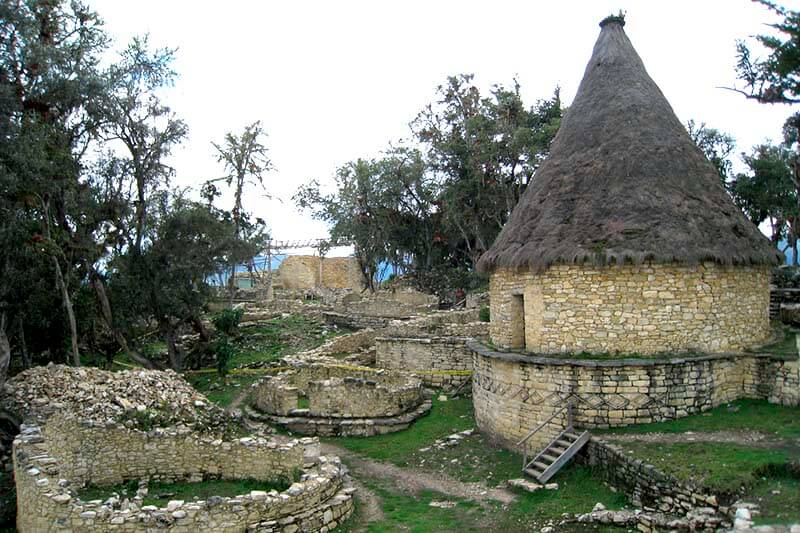