The Qeswachaka bridge has a length of 28 meters and is suspended 30 meters above the Apurímac River.It was part of the huge network of Inca roads (qhapac ñan) that led to the Inca City of Machu Picchu.Every year the local population renews the bridge just as the Incas did hundreds of years ago.Today, it is one of the main tourist attractions of Cusco. 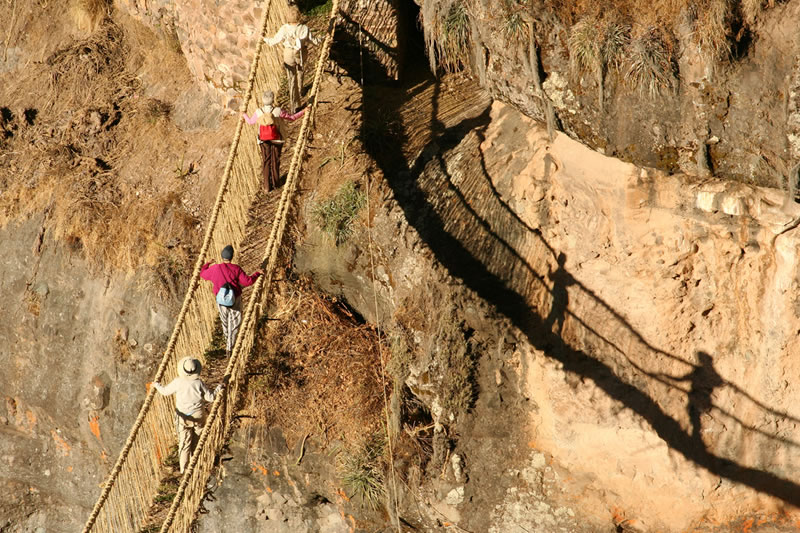 From the creation of the Inca Empire in 1438, the construction of roads connecting the new and vast territory began.This included the construction of bridges such as Qeswachaka.Its construction was so resistant and useful that the Spaniards conserved it.Today, it continues to be used thanks to the annual renewal of its inhabitants.

Ritual of the Qeswachaka Bridge

Qeswachaka comes from two Quechua words that mean: ‘Q’eswa’ (braid) and Chaka (bridge).It is currently the only suspension bridge that survives.The others were destroyed because of the weather or during the Spanish and Inca wars over the capture of Cusco.

Value of the renovation of the Qeswachaka bridge

How to see the Inca bridge of Qeswachaka?

More information about the Qeswachaka bridge