Machu Picchu was considered a sacred place for the Incas. It was sent to build by the Inca Pachacutec in the 15th century. It was later abandoned and rediscovered by Yale University explorer Hiram Bingham in 1911. According to some studies, its location in an energetic vortex makes it a spiritual place.

Is Machu Picchu a spiritual place?

Many tourists who visited Machu Picchu report experiencing an energy that is difficult to explain. This spirituality that exists in the Inca city can be explained by its impressive mountainous landscape as well as by the rich history that exists in each construction. However, some research reveals that the energy could come from the ground and even from some particular buildings. 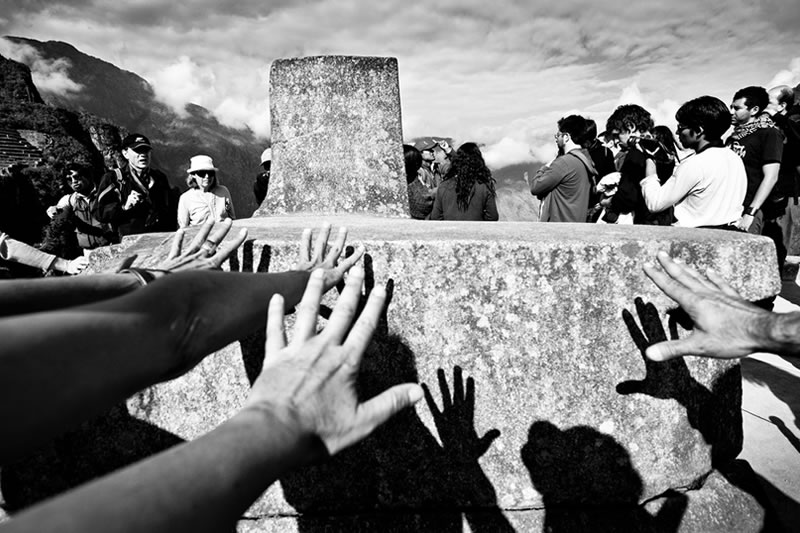 Intihuatana, monolith carved in the Inca City of Machu Picchu

What are the places famous for their energy?

Where does this energy come from?

Machu Picchu is located between two geological faults and at the top of an ‘isthmus’, which causes recurrent tremors and earthquakes to occur. This release of telluric force would provoke the energy that some tourists say they feel in the Inca city.

Can I do a spiritual retreat in Machu Picchu?

Although Machu Picchu is an ideal sacred place to practice spiritual retreats or some type of religious ceremony; this is not allowed by the authorities. This is due to the number of tourists who visit the archaeological site every day and seek a quiet visit without setbacks. The spiritual retreats in Machu Picchu would delay the normal flow of tourists on the tourist circuit.

Despite this, the mere fact of being in Machupicchu allows the visitor to feel a special energy. Every year there are more visitors who claim to experience this energy, not only in Machu Picchu but also on the Inca Trail and the Huayna Picchu and Machupicchu mountains. They claim that the Inca city is a special place for spirituality.

Other spiritual experiences in Cusco